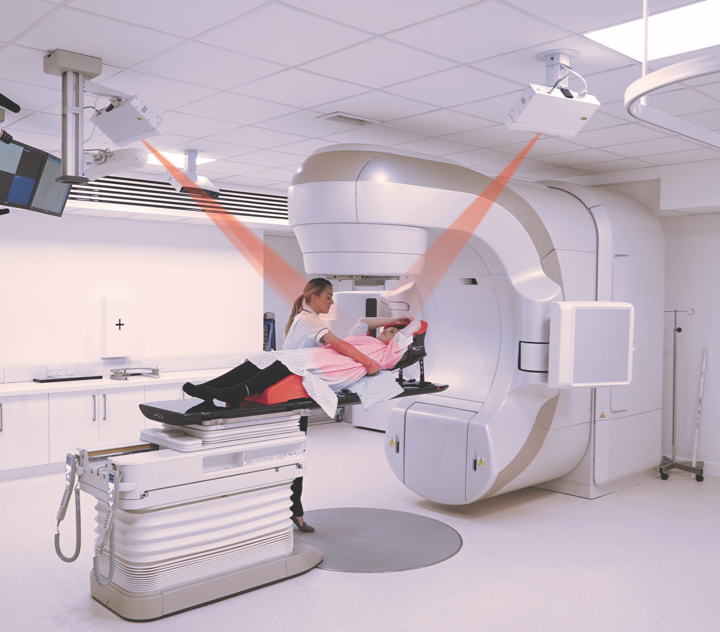 Approximately 50% of cancer patients receive some type of radiation therapy during their cancer treatment.

Radiation can be used on its own or in combination with chemotherapy, surgery, or hormone therapy.

It is used to destroy cancer cells and is completely painless and is usually given once a day for between 1 day and 8 weeks.

Radiation therapy is an important part of treatment for around half of all cancer patients.

What is radiation therapy?

Radiation therapy is the use of high-energy x-rays or other particles to kill cancer cells.

Radiation treatments are completely painless, similar to getting a chest x-ray.

How does it work?

The goal of radiation therapy is to destroy cancer cells and / or slow tumor growth without harming nearby healthy tissue.

Who gets radiation therapy?

Approximately 50% of cancer patients receive some type of radiation therapy during their cancer treatment. Radiation therapy can be used on its own, or in combination with chemotherapy, surgery, or hormone therapy.

When is radiation used?

Radiation can be used by itself to make the cancer shrink or completely go away. In some cases, chemotherapy may be given first. For other cancers, radiation may be used before surgery to shrink the tumor or after surgery to help keep cancer from coming back.

How many times can I have radiation therapy?

There is a limit to the amount of radiation an area of your body can safely receive over the course of your lifetime. Depending on how much radiation an area has already been treated with, you may not be able to have radiation therapy to that area a second time. But, if one area of the body has already received the safe lifetime dose of radiation, another area might still be treated if the distance between the two areas is large enough.

Radiation oncologist:  This doctor is specially trained to treat cancer with radiation. This person oversees your radiation treatment plan.

Dosimetrist: This person plans where the radiation beams go to ensure that the most effective and safe dose of radiation.

Radiation physicist:  This is a person who makes sure the radiation equipment is working as it should and that it gives you the exact dose prescribed by your radiation oncologist.

Radiation therapy nurse: This nurse has special training in cancer treatment and can give you information about radiation and managing side effects.

If you need radiation therapy, your first radiation therapy session is called a simulation and does not involve actual treatment.  During this visit, your radiation team will position your body and then take a scan with a CT-scanner. At this time a technique may be used to note your position, such as permanent tattoos or temporary skin marks.  These marks or technology are used to help the radiation team set up you up correctly for every treatment.    Your treatment will begin a few days after simulation.

Treatment is usually given once a day for between 1 day and 8 weeks. It typically takes five 30-minutes sessions (or a “fraction” as the doctor may call it). It is important that you try to stay in exactly the same position as during your simulation. Many clinics now use AlignRT® to assist them in ensuring you are in the right position.

Because each cancer type requires a different approach, each patient’s treatment plan is customized to their unique needs and treatment goals.

The side effects of radiation therapy vary and depend on the type and location of cancer, treatment dose, and your overall health.  Side effects may include fatigue, skin reactions, upset stomach, and loose bowel movements.  These often begin during the second or third week of treatment and may last for several weeks after the final radiation.  Most side effects go away after treatment, although some long-term side effects may occur months after or years after treatment.  Be sure to discuss the potential side effects with your doctors.

A guide for conversations with your healthcare professional

For most patients, everything about radiation therapy is new. This downloadable card provides some key information and questions to ask your healthcare professional, to help you receive the best possible treatment and care. 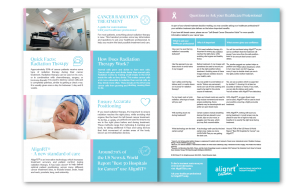 Find our heart-protecting technology near you.

Any cookies that may not be particularly necessary for the website to function and is used specifically to collect user personal data via analytics, ads, other embedded contents are termed as non-necessary cookies. It is mandatory to procure user consent prior to running these cookies on your website.